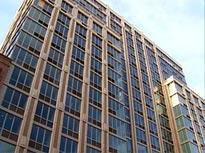 Smoking has been banned in restaurants, bars, taxis, office buildings, but what if you were told you couldn’t even smoke your own home? That’s just the case in Manhattan where “No Smoking” signs are going up in numerous apartment buildings.

For the 1 million New York City residents who smoke, doing so in their own home has been an unwritten privilege. The problem with smoking in an apartment, however, is you can’t keep that smoke from going into other parts of the building. In fact, a recent study by the New York City Department of Health says 57 percent of non-smokers have had substantial exposure to cigarette smoke.

So some apartment buildings are now banning smoking for new tenants. Existing tenants who smoke will be allowed to continue to puff away.
That’s not the case with the new East Harlem building at 1510 Lexington Avenue, which will be the city’s first completely non-smoking residence, where tenants won’t even be allowed to walk outside and light up in the immediate perimeter of the building. Even the construction workers can’t light up.

“We feel that you’re impacting, in a rental, so many people around you that we would like to offer the public an opportunity to live in a smoke-free environment,” said Kinne Yon of Kenbar Management, which runs the building that will house 298 units.

The family-owned company gave CBS 2 a tour of the building, still under construction. The East Harlem development features upscale apartments, with concierge service, a large gym, and gardens.

Smoking will not be allowed anywhere on the property.
“The tenant will sign a rider to their lease that says that both they and all visitors they bring into the building will abide by the non-smoking rule,” said Neil Sigety of Kenbar.
If they break that promise, the company can take them to court. Opinions on the street were mixed.

“It’s the policy of the people that own the building, they can make that policy if they want,” said one Queens resident, who declined to give his name.
But Kathy Irizarry of the Bronx disagreed.

“You’re paying rent so they should let you do whatever you want in your household,” she said.

Said Yon: “If you’re a smoker, there are many building in New York City where you can live. But just not this one.”

And even with a surplus of apartments on the market, Kenbar feels theirs will be in demand. Backing that up was a Zogby poll in July, which found that 58 percent of New Yorkers would be willing to pay more for a smoke-free home.

The East Harlem building will open around the first of the new year.