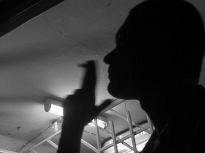 It’s hard to remember, but until two or three decades ago few people Worried about secondhand smoke or had even heard of it. Many thought it was much ado about nothing (boy, were they Wrongfit kills an estimated 50,000 Americans a year).

We’re at that stage now with thirdhand tobacco smoke-the residue that smoke leaves on furniture, carpets, walls, clothing, and food, even in dust. You get a whiff of it sometimes in a hotel room or when visiting the homes of smokers (even if they refrain from smoking while you’re there). Turning on a fan or opening a window does only a little to get rid of the penetrating odor and clinging compounds.

Tobacco contains hundreds of carcinogens and other toxic chemicals (such as nicotine, benzene, formaldehyde, lead, arse- nic, and toluene), and researchers have long been studying how these linger on surfaces for many days. But the term “thirdhand smoke” was coined only a few years ago, and research -some done by Mohamad Sleiman of Lawrence Berkeley National Laboratory and his colleagues- has picked up steam since then. It shows that tobacco substances absorbed by surfaces can react with ozone and other household air pollutants to form other dan- gerous compounds such as nitrosamines and ultrafine particles.

It’s hard to quantify the risks posed by thirdhand smoke. A sofa exposed to someone smoking a few cigarettes 10 feet away will be far less contaminated than one that has absorbed compounds from a heavy smoker who sits on it every day. The type of material the sofa is made of and the amount of ventilation in the room will affect absorption (and release) of the toxins, too. The danger is certainly small compared to secondhand smoke, though the exposures are often longer. Still, no level of these hazardous compounds is safe, especially for children and infants, who are more vulnerable.

People who insist on a smoke-free hotel room and a smoke- free rental car are sometimes scoffed at as fanatics, but they are doing the right thing, particularly if they have small children. As knowledge of the dangers of thirdhand smoke grows, it will encourage more places to go smoke-free and more smokers to quit.