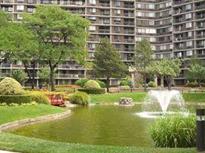 Public transportation, restaurants, bars and parks have all gone smokeless. Now one of the earliest and most vocal advocates of those bans in New York has his eye on the final prize: a prohibition on smoking in all multi-family residences.

Roughly five years after he began pushing for a smoking ban in two co-ops in his Bayside, Queens, neighborhood, Phil Konigsberg is broadening his sights. Late last year, he proposed a draft resolution to the City Council on behalf of the Bay Terrace Community Alliance Inc., a northeast Queens civic association representing 18 local co-ops and condos. He’s asking the city to do what it did on beaches just last year: snuff out smoking in condos and co-ops citywide.

“I think that smoke-free housing is something that needs to be done because there’s no way that when someone smokes in an apartment it stays in that apartment,” said Mr. Konigsberg, first vice president of the BTCA and a member of Queens Community Board 7.

To date, he has tried unsuccessfully several times to have the boards of his 120-unit co-op, Bay Country Owners—on which he sits—and its sister 120-unit co-op, Bell Owners Corp., impose a ban. Oddly enough, it’s those failures that have convinced him that, as he put it, the “best route to go is to get a city law to pass.”

His lonely campaign comes as fewer and fewer New Yorkers are lighting up every year. In the past decade, the adult smoking rate in the city has fallen by more than a third, to 14%, according to the Bloomberg administration. What’s more, ban advocates point to benefits ranging from lessened health risks from secondhand smoke and the reduced risk of fires, to less need for repainting.

“It’s been a slow buildup,” Sheelah Feinberg, executive director of the NYC Coalition for a Smoke-Free City, said of New Yorkers’ interest in housing smoking bans. She noted that prohibitions have already been put in place in a few buildings on the Upper West and Upper East sides. In the latter, 1510 Lexington Ave. achieved a modicum of fame recently as the city’s first residential rental development to require tenants to sign leases that prohibit smoking.

But when it comes to Mr. Konigsberg’s call for the city to pick up the banner for one last smokeless battle, most people part company with the crusader from Bayside.

“I’ve known Phil for a while,” said Daniel Halloran, the Republican who represents District 19 in northeast Queens on the City Council. “He’s a good guy, but I don’t think there’s any chance this could pass.”

Rather than take on the thorny issue of a ban themselves, however, many residential boards that are being pressed by their members to take action are trying to shift the burden to City Hall.

“We’re waiting to see how the law works out,” said Warren Schreiber, board president of the 200-unit Bay Terrace Cooperative Section I in Bayside, and president of BTCA. “It’s a very difficult issue because people can be very passionate when you tell them what they can and can’t do in their own property.”

In the meantime, some boards are fighting smoke by using a broader interpretation of old house rules banning “noxious and offensive” activities that can become a nuisance to other apartment owners. The Bay Club in Bayside recently went that route. There, the board is now allowed to fine residents up to $200 if smoke emanating from their apartment seeps into a neighbor’s unit.

“I still feel I have a long uphill battle,” said Mr. Konigsberg, who is on disability from the insurance company where he works. Meanwhile, most of his Bayside neighbors are free to continue enjoying their cigarettes in the comfort of their own home, at least as long as they don’t bother their neighbors